THE BEST SIGHTS OF UKRAINE

Home
|
THE BEST SIGHTS OF UKRAINE

Ukraine is one of the most overlooked countries in Europe. The majority of people do not really know what to expect from it. From the incredible cities with golden domes or gorgeous Central European architecture and charm to the sandy beaches of the Black Sea or lush hills of the Carpathian mountains – Ukraine has it all. And now is the best time to go.

Kyiv is the most emazing capital in Europe as it offers so much yet still not so many tourists tend to visit and discover it. Kyiv is a perfect getaway to grand Eastern Europe that we always picture, with golden domes and mighty Soviet architecture.

Monasteries – St.Sophia and Pecherska Lavra – are listed on UNESCO World Heritage List and they surely deserve this title as they are stunning and look like from a fairy tale, especially in the sunny day when the sun shines in the rich ornaments. Khreschatyk street and Maidan Nezalezhnosti might feel overwhelming with their powerful architecture but these are still nothing in comparison with Mother Motherland statue with its total high of 102 meters!

Once you’re tired with sightseeing (and you need at least 3 solid days to get to know the city) there are numerous parks, bars and cafes where you can relax!

The major port on the Black Sea and the main summer getaway for most Ukrainians . Not only it has sandy beaches where you can relax all days long , the sea is warm and inviting too.

But Odessa isn’t only about the seaside! The city has always been an important place, being the main trade center for Russian Empire. The old town of Odessa is really splendid, with parallel streets, hidden in the shadow of the rows of trees. The stunning Opera House, second biggest in the world after La Scala in Milan, will take your breath away – it did the trick for me every time! But the key to really get to know Odessa and fall for it is to peek into the yards – that’s a completely different and unique universe! 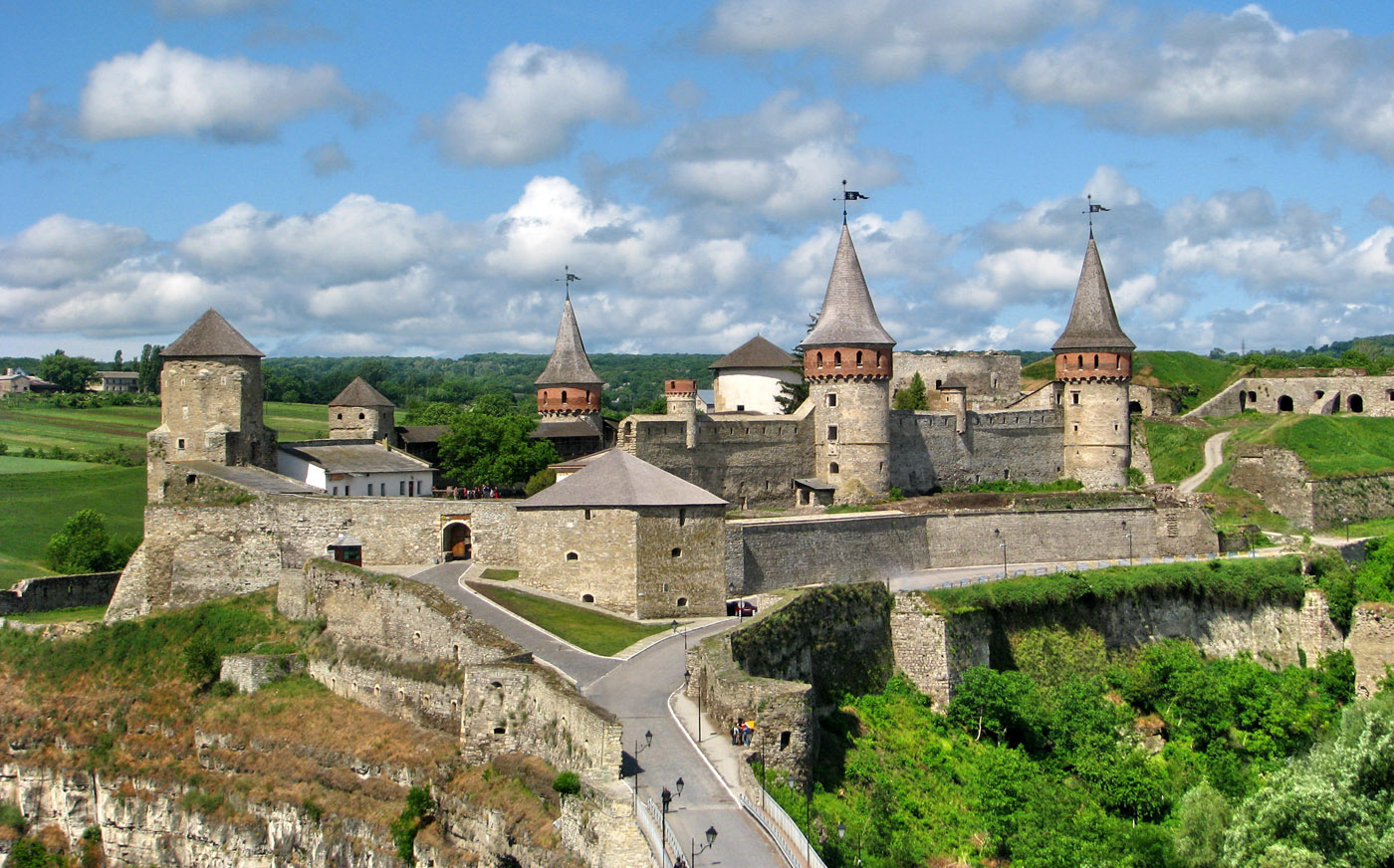 The reason why most people come to visit Kamianets-Podilskyi is the incredible fortress, a silent witness of many wars, guarding the city. And it is truly spectacular and will be the highlight of everyone’s time in the city. But, to my great surprise, the city was so much more than just the fortress. The old town is compact but really lovely, with beautiful houses and cobbled lanes. What I liked the most, however, was a really good street art scene with numerous murals showing the history of the city. Such a pleasant place to spend at least a day at! 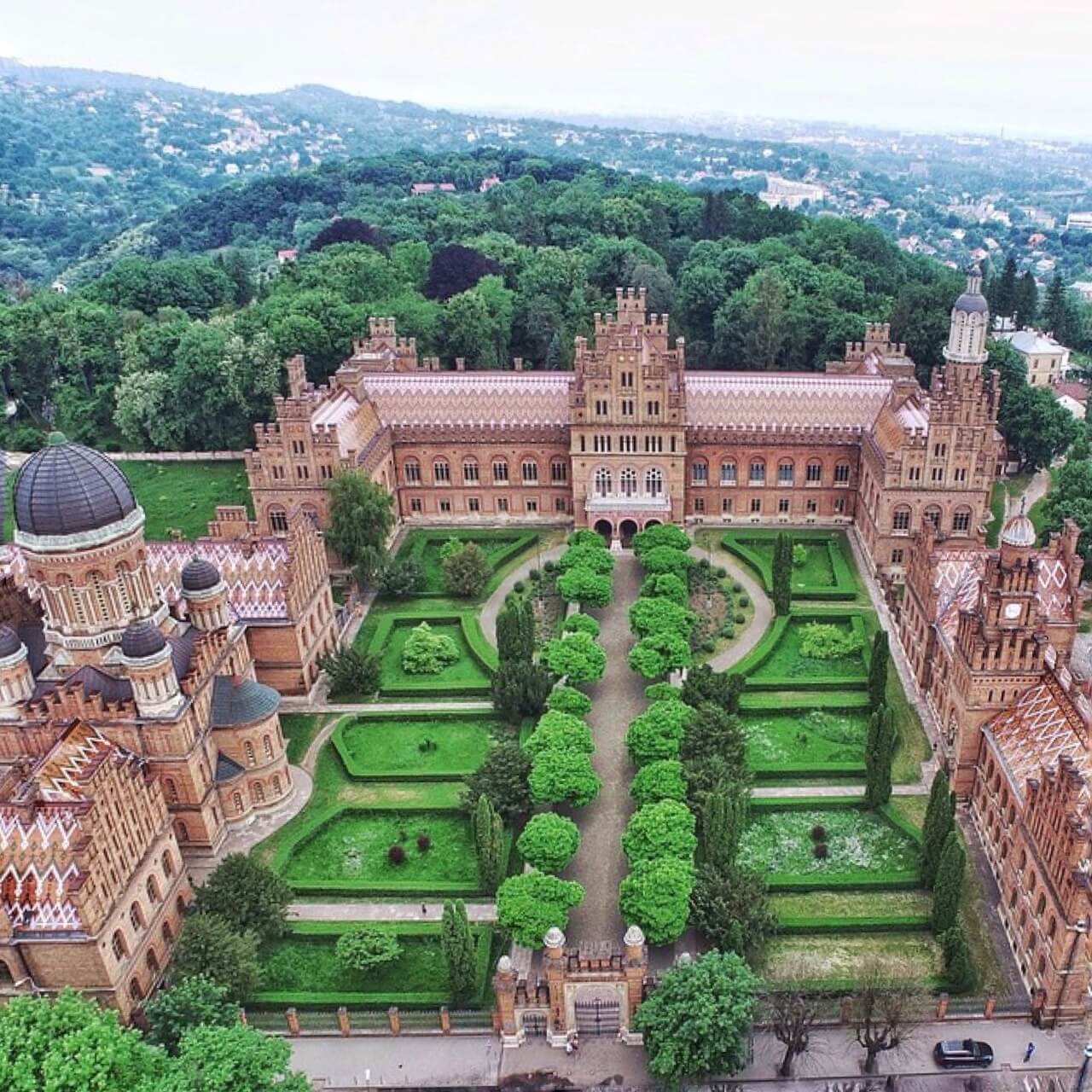 The city is such a gem, with stunning architecture, multicultural history, amazing cafes and this indescribable Central European vibe that makes you fall for the city right away. The university building, listed on UNESCO World Heritage Site, could easily play in one of the Harry Potter movies.

Chernivtsi is often referred to as Little Vienna or Little Paris and I can see why – it’s simply amazing and just the prettiest! If I had to choose a city to go for a week or so just to relax and catch up on writing Chernivtsi would be one of my top choices! Being there is a pure pleasure!

Ukraine has only a rather small part of Carpathian mountains that cross Central Europe, from Serbia all the way to Austria. Still this area looks the prettiest and so idyllic with lush forests and hills and small villages where the time has stopped.

Carpathians might be an interesting place to visit for any railways lovers like myself – the railway line that goes through the mountains back in the times when it was built (19th century) was the most modern one and engineers working on the rail lines in the Alps pattern their projects on Carpathian solutions. These days unfortunately parts of the line is gone but you can still admire the viaducts and tunnels used to the present time. Best place to do so is start in Yaremche and travel south from there, towards the border with Romania. In Yaremche itself you can walk on the railway viaduct above the Prut river – the views from up there are really wonderful!

Ah, Lviv is just too beautiful to be true! It is the best example of what Central Europe has to offer (and why I love it so much). Every time when I’m there I feel like I’m stepping on some kind of the movie set because it feels impossible for the city to be that incredible.

Lviv is one of the most important culture centers in Ukraine (when you’re there go to the opera, you’re in for a treat!) but for me the best thing about Lviv is a spectacular cafe culture, one of the best I’ve ever experienced! In the summer time the whole old town fills up with outdoor tables and the buzz of conversations or live music hover around the beautiful houses until late night hours.

Still it is worth to go inside most of these cafes – in Lviv I’ve found some of the most unusual places: sadomasochism cafe, a place where you get your drinks in a measuring cylinder and when you get the bill the case explodes or a pub with a car on the rooftop.