Ukraine is the largest country in Europe (after European part of Russia). Ukraine is a country with more than a thousand years of history and traditions that originate in antiquity.

The time in Kiev is 5,5 hours early than in Delhi, 2 hours later than Greenwich Mean. Ukraine covers one time zone. Daylight Saving Time is in effect from the first Sunday of April until the last Sunday of October.

Ukraine is member to numerous world and regional international bodies, including United Nations (UN), OSCE, the Council of Europe, EU Energy Community, the GUAM and the Commonwealth of Independent States (CIS). The country is currently taking steps to accede to EU and NATO, and has special partnership with both organisations.

Located in the Eastern Europe, Ukraine is embraced by two seas with a coastline of 2,782 kilometres and borders with seven countries of very different cultural and historical background. And the country itself, with a population of appox. 46 millions and territory of 603,6 sq. kilometers, is a real box of treasures for a traveler with a keen interest in culture, history and nature. Like all of the post-Soviet countries, Ukraine has come a long and sore way to independence: since the ancient times when it was just a number of colonies till the latest events such as the Orange Revolution of 2004/05. Nowadays, it is a democratic country proud to host glorious international events like EURO 2012.

Ukraine can boast a mild climate as it is situated between latitudes 52 and 44 N, which obviously makes the country quite friendly to tourists in terms of weather. Actually, the country could be visited in any season, depending on what destination you choose! Kiev, Lvov, Sevastopol and Odessa are particularly beauty in spring when the horse chestnuts are in full flower; Odessa and Azov coasts are inevitably the top destination in summer beach season, but if you want to go to a balneologic resort, you’d better come to the Ukrainian seacoast in autumn. This season adds a dash of a melancholic mood to Carpatian mountains’ magnificent forests leaving the cities and towns of Ukraine all the shades of yellow and red. And if you seek to get to know a real wonderful white winter, come to Ukraine in December/January on Christmas holiday!

The nature could be one of Ukraine’s wealths, but it is obviously its vast heritage with a long list of cultural objects of many epochs, from the ancient times to the latest days, which makes Ukraine so attractive for tourists. A curious traveler will never miss the Seven Wonders of Ukraine, including those listed on the UNESCO’s like Kiev’s Saint-Sophia Cathedral, or Sevastopol’s ancient Chersonesos Taurica and the ensemble of the Lvov’s historic center (it is on the UNESCO’ list, too). Of course, wherever you travel when in Ukraine, the appetizing Ukrainian cousine is an absolute ‘must taste’!

So, do you already want to get to know Ukraine? Then come here quickly to discover this wonderful country… and to immediately fall in love with it! 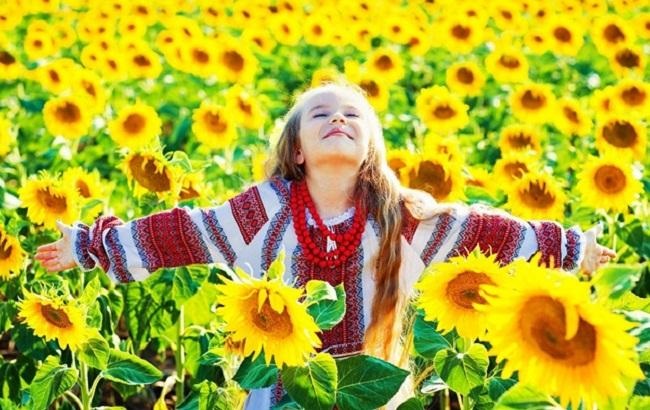